Watching Leigh Sales’ 7.30 series on ‘Why Women are Angry’ has got me thinking a lot about women and anger. I have spent many decades being very uncomfortable with my own feelings of anger. I have also been told to ‘find calm and rational ways to voice my views’. Especially my ‘angry, loud’ views on how women are under-estimated and under-valued in Australia. ‘There must be a more rational way?’ I was once told, (without suggestion for what that might be).

But I, and every other angry woman I know, has the right to feel red-hot rage at the lower status women occupy in Australian society. (And sadly, it’s even worse if a woman is gay, trans, black, asian, over-weight or over 40 years old).

There is a significant body of research (see below) that shows that if women are direct, assert their ideas, or (heaven forbid), express anger they are punished for it. They are less likely to be liked, listened to or seen as competent. Conversely, if men do, they they are seen as competent, in control and powerfully assertive.

I also did a little ‘crowd-source’ of my own and asked a few men and women to play a word association game with me around ‘angry women = ???’ 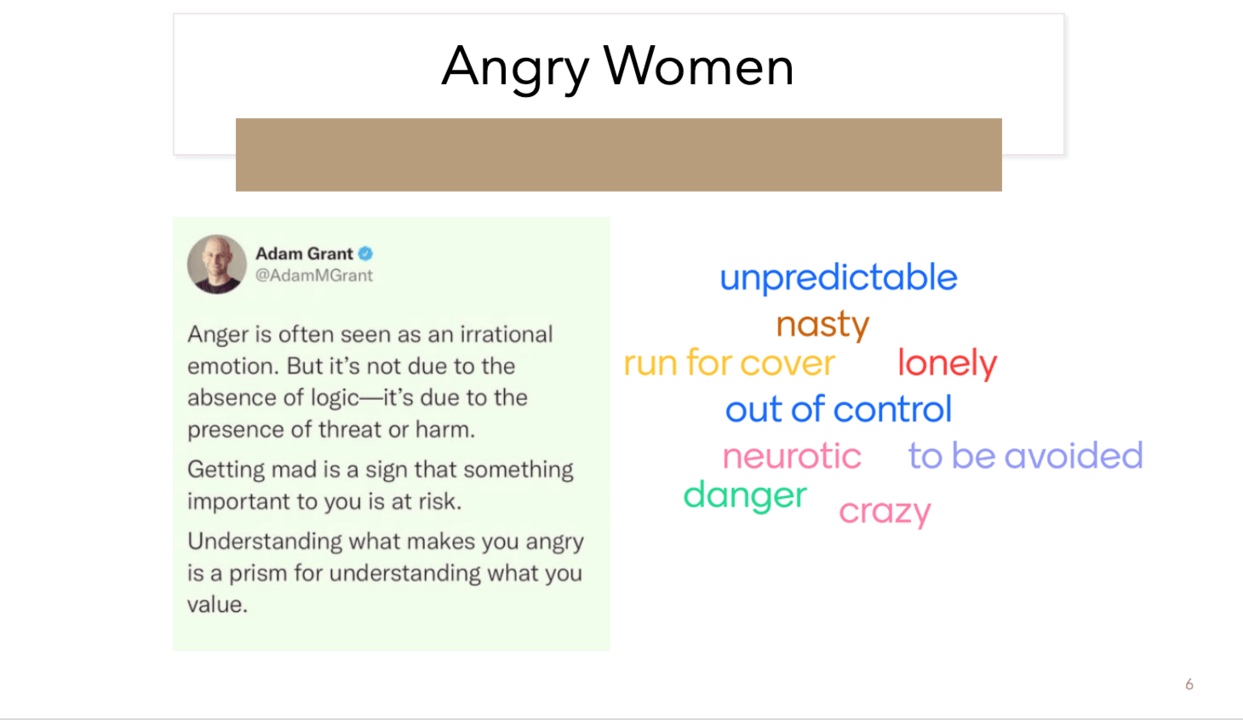 But let’s talk just about one, of the many, topical areas that makes me really angry – the current gender pay gap (women earning $0.86 to the male $ in Australia).

How much we pay people, (and people in specific industry sectors), is a demonstration of what we value as a society. When teachers & nurses (predominantly females) are paid less than miners and builders (predominantly male), we show what is privileged by our society – for example, coal and property development over climate change, education and health.

My anger, therefore, is not only because I value equality, but also because I value a humane society that focuses on sustainable and healthy future for our children, family, friends and communities.

Our anger is important. Angry women are a fierce and important force for change.

Here’s one great example of the fierce power of a woman expressing anger: Julia Gillard telling the world, in no uncertain terms, what she would no longer tolerate: WATCH NOW

7.30 with Leigh Sales. Why women are angry: WATCH HERE

Neff, K. (2021). Fierce self-compassion: How women can harness kindness to speak up, claim their power, and thrive. Penguin UK. 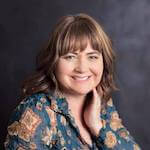 Angelina Eynon Practitioner of Positive Psychology LinkedIn If you would like to work with Positive Impact, get in touch with Angelina.