Having a Positive Impact is an intention and an aspiration at the heart of the work we do.

‘Positive’ is about the kind of impact we want to make and the evidence base that informs our work, that is positive psychology – the scientific study of individual, organisation, community and societal wellbeing. (To understand more about positive psychology, click here). – Cec can we hyperlink here to the section on positive psychology.

‘Impact’ is about conscious intention: a word chosen to highlight the need to continuously reflect upon how we want to be and show up in the world – not only for ourselves, but also for those we care about at home and in the workplace. For the teams and organisations we are a part of, and the communities and societies we belong to.

“We can do hard things” 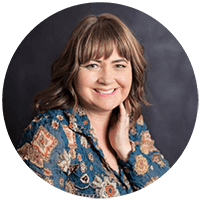 Angelina Eynon, ‘grew up’ professionally during the E’ revolution of the 1990s.

‘E’ stood for electronic and focused on the most efficient and effective ways of using technology to drive business. eCommerce, eLearning, eBanking, eBusiness became the buzz words of that time, (just as ‘agile’ or ‘pivot’ are now).

As the focus on emerging technology firmly took hold within the client organisations Angelina consulted to, (banks, airlines, insurance companies, government departments), she noticed a pendulum swing so far toward the ‘E’ that often the ‘human’ aspect of organisational life would be forgotten. This led to her first solo enterprise, HumanE – putting the E back where it belonged: in service of humans.

A chance encounter with a passionate group of researchers in the early 2000s sparked Angelina’s interest in the then new branch of psychology, called positive psychology. Nearly twenty years later, Angelina is one of Australia’s most experienced practitioners in applying positive psychology, wellbeing science and strengths-based approaches at individual, team and organisational levels. 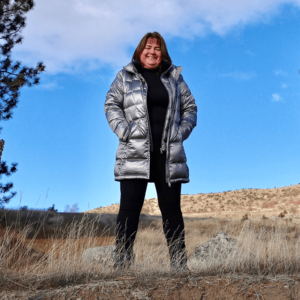 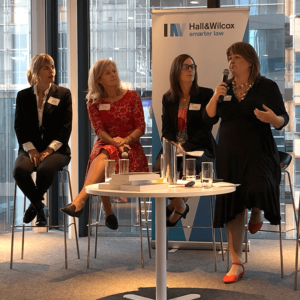 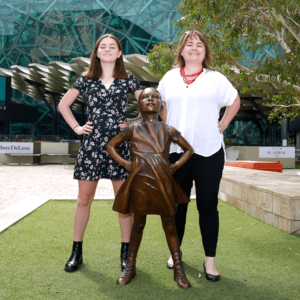 Angelina facilitates and coaches wellbeing and leadership programs, specialising in strengthening the confidence and resilience of senior professional women. She has worked with hundreds of individuals and teams, in banking, energy, accounting, the law, education, local and State government departments, to help them become stronger and more courageous versions of themselves, for themselves and those they serve.

Angelina is also a lecturer in the Business and Economics faculty at Monash University, teaching a positive psychology-based leadership development unit, which in 2020 had over 700 students across numerous classes. She has also recently completed a Masters in Applied Positive Psychology at Melbourne University, her Capstone thesis was on Thriving Women, Thriving Workplaces.

Angelina’s is committed to using her strengths and talents towards making a positive difference for the individuals and groups she works with. This means:

Get in touch to discuss how Angelina can help you 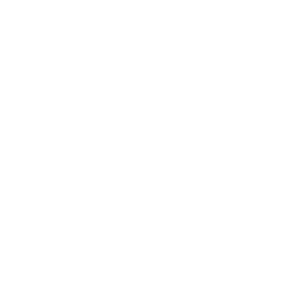 “The summit of happiness is reached when a person is ready to be what (s)he is.”

We are at a crucible moment in history where women’s voices, talents and skills are starting to be heard and recognised, and can change our world for the better. There is extensive research showing links between higher numbers of women in leadership positions improving decision making, innovation and overall company performance. Greater numbers of women in governments lead to better health and education outcomes, and even less corruption. Countries with higher levels of gender equality also have more positive attitudes, laws and policies on inclusion more broadly. In short, when women are treated equally to men: individuals, organisations, societies and nations thrive.

Australia has a long way to go towards achieving gender equality. It is currently ranked 50th on the World Economic Forum’s Global Gender Gap Index (2021), (having fallen six places from the 2020 rankings, and 35 places since 2006). In particular, Australia is below the average for political empowerment of women: only 23 per cent of seats in the current Federal LNP Government are held by women. (The ALP and Greens both have equal representation of men and women having had quotas in place for all seats for some years). The current gender pay gap in Australia is 13.4 per cent – meaning Australian women, on average earn $0.866 to every male $1.00 earned. 17 per cent of all senior leadership positions in Australia’s corporate sector are held by women (83 per cent are held by men).

Whilst there is still gender inequality in Australia’s key economic and law-making institutions, Positive Impact will continue to focus specifically on the growth and empowerment of women.

Positive Psychology is a popular and rapidly growing global field of academic study that uses scientific research methods to investigate and understand the components and conditions that create wellbeing and high performance in individuals, groups, organisations, nations and systems.

Many people have heard of positive psychology and may have even completed a character strengths survey or been on training courses about some its frameworks or tools. There remains, however a gap large between high level knowledge (i.e. ‘I know about Mindset or Appreciative Inquiry’ or ‘I’ve done a strengths survey’), and how that is actually applied to make a difference in our work and all other aspects of our lives.

Positive Psychology arose initially from a need for alternative responses to increasing levels of depression and anxiety, across all age levels, and particularly in youth, (and ironically within some of the most wealthy and advantaged societies). A traditional, deficit model starts with consideration of ‘what’s wrong and how can it be fixed.’ Positive Psychology instead takes a strengths-oriented approach and looks at different questions such as: what does high performance look like in this arena and how can we emulate that; what are the factors that encourage, strengthen and promote thriving in people and groups of people; how can we be our best possible selves?

Traditional psychology had evolved post World Wars to focus much of its research efforts (and funding for this) to, necessarily, focussing on disease, disorder, trauma and psycho-pathology. Most research in psychology is still focused on these areas – particularly right now in the wake of the coronavirus pandemic. Positive Psychology offers additional approaches that are increasingly used within schools and some universities; and even by some Nations (for example, Bhutan which measures Gross Domestic Happiness and New Zealand with its Wellbeing Budget).

Find out about our Services

“Angelina’s session on Positive Leadership was the most thought-provoking session of the entire series. Not only is she an engaging speaker, she also gave us practical, valuable tips that I went away and tried – with success – with my team.”

Get in touch to plan your sessions